by Marko Vrakela 3 months ago 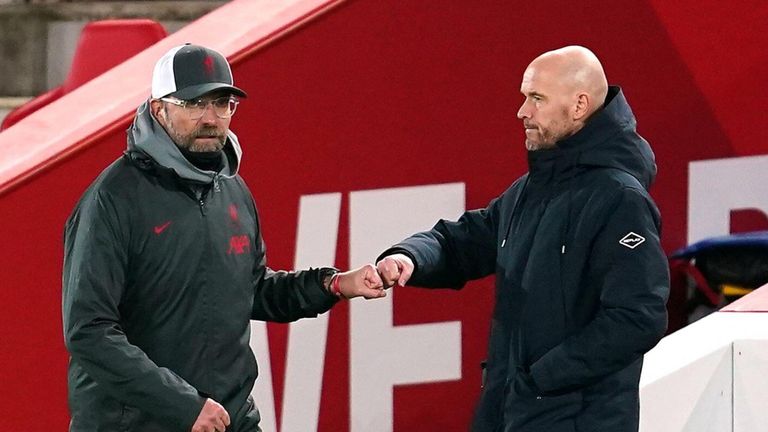 Out-of-sorts Manchester United are set to take on arch-rivals Liverpool at Old Trafford in the latest chapter of their long-standing Premier League rivalry.

It's been a thoroughly disturbing start to the new season for Man Utd. Erik ten Hag's managerial reign in Manchester has started with a pair of morale-crushing defeats to sub-par opponents.

After a 2-1 home defeat to Brighton & Hove Albion, the Red Devils succumbed to a humiliating 4-0 loss at Brentford last time out, conceding four first-half Premier League goals for the first time in almost 80 years.

Like that's not embarrassing enough, ten Hag has become the first Man Utd manager to lose his opening two league matches in charge in over a century.

The Dutchman starts to feel the heat during his early Old Trafford tenure, though he hopes the acquisition of Casemiro from Real Madrid could turn his side's fortunes around.

Whether or not the Brazilian midfielder will be in the starting line-up on Monday, Man Utd will face the daunting task of getting their stuttering league campaign back on the rails.

Standing between ten Hag and his first touchline victory in the Premier League will be Liverpool.

Indeed, the Reds have won their last two league visits to Man Utd and are looking to make it three in a row for the first time in the club's history.

Like United, Jurgen Klopp's men are desperate to pick up all three points in this mouth-watering Premier League fixture after drawing their opening two top-flight outings.

But they'll have to do it without marquee summer signing Darwin Nunez. The Uruguayan picked up a red card against Crystal Palace last time out for sticking his forehead into the face of Joachim Andersen.

Man Utd are winless in 11 of their last 12 Premier League clashes against Liverpool (D6, L5), including eight on the trot since a 2-1 victory in March 2018.

The Red Devils are now staring down the barrel of four consecutive league defeats at the hands of their Merseyside counterparts for the first time since 2002.

More importantly, they have lost their last four Premier League outings and could make it five top-flight defeats on the bounce for the first time since 1972.

Liverpool followed up an enthralling 2-2 draw at newly-promoted Fulham on the opening weekend with an underwhelming 1-1 share of the spoils with Palace last time out.

As a result, the visitors are facing the prospect of starting a new top-flight season winless in their opening three league encounters for the first time since 2012/13.

Tormented by a mounting injury list, Klopp will be keen to see his side start on a strong footing for a change after the Reds conceded the opening goal in their last six Premier League games.