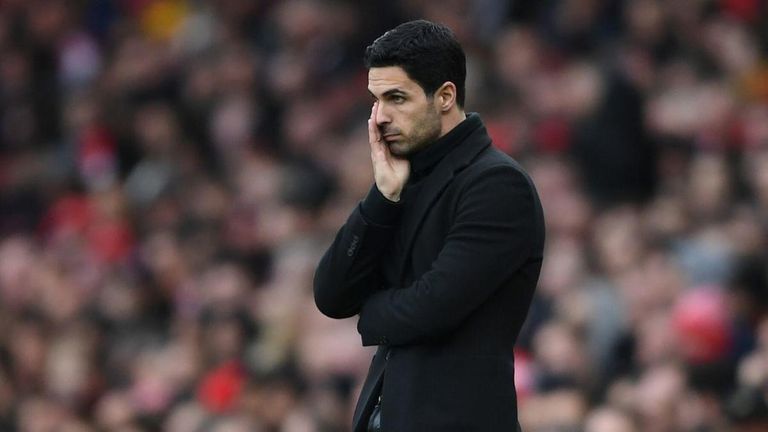 Mikel Arteta has admitted that Arsenal will be busy in the summer transfer window following another underwhelming campaign in the Premier League.

Arsenal offloaded some of their deadwood in January, with Mesut Ozil, Shkodran Mustafi, Sead Kolasinac, and Sokratis all left the club for greener pastures.

The Gunners have managed to unload the burden on the ballooning wage bill but did nothing in the winter transfer window to reinforce their depleted squad.

Arteta still has some faint hopes his side will secure European football for next season as they currently sit eight points adrift of fifth-placed West Ham United.

Very few things have worked for Arsenal this season, and much of the blame has to be pinned on a relatively short and weak roster.

The veil of mystery is still surrounding the future of Alexandre Lacazette, while the Londoners remain hopeful of keeping hold of Real Madrid loanee Martin Odegaard.

The Norwegian dynamo joined the club on a six-month loan in January and has since established himself as a permanent fixture in Arteta’s starting XI.

However, if the Gunners manage to negotiate Odegaard’s permanent transfer, Dani Ceballos and Reiss Nelson could see their career in the England capital come to a halt.

Arsenal have already settled the outgoings and now have to focus on bringing in new faces, as Arteta reveals the club already has clear ideas for the upcoming transfer window.

“We are planning everything for the summer, the same with the board, with [chief executive] Vinai [Venkatesham], with [non-executive director] Tim [Lewis], and with the owners,” Arteta told Sky Sports.

“We are very clear on how we want to do it.

“When you have to change 10 or 12 things in one window [as in January] it’s a lot, and that has some consequences with what has happened in previous months, and what is going to happen in the following months.

“We still have quite a lot of things to do, but we will get to the point, hopefully, where it’s just ticking off a few things, and the stability is there because you need that as well to be consistent and be competitive.”

Much of Arsenal’s activity in the summer will depend on whether they will play in Europe next season.

As things stand right now, the London giants are miles away from closing the gap on promotion spots, especially given their recent performances.