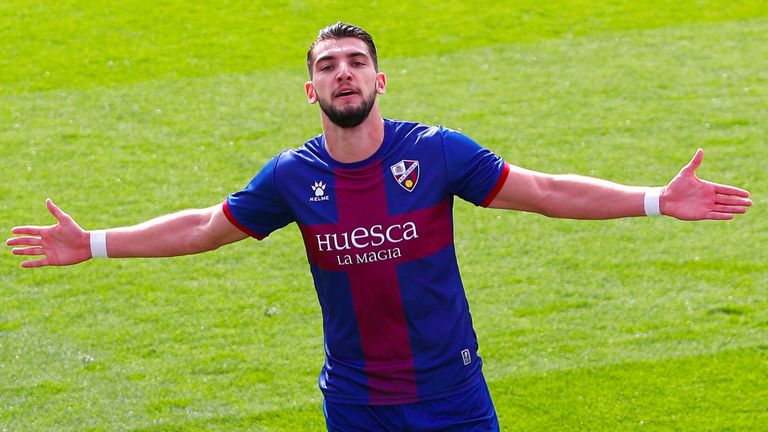 According to Spanish news outlet Marca, Atletico Madrid and Wolverhampton have reached an agreement on the basis of €15m for Mir to return to his homeland next term.

Los Rojiblancos’ interest in the 24-year-old dates back to the beginning of the summer as Diego Simeone labeled the Spaniard as an ideal attacking addition.

Simeone’s efforts to land Mir might sound surprising when considered he only featured four times for Wolves since moving to Molineux from Valencia in January 2018 without making an impact.

Despite his underwhelming career in the Premier League, Spain’s Olympic team star enjoyed a stellar loan spell at Huesca last season, racking up 16 goals in 39 games.

Wolves’ decision to sanction Mir’s move to Wanda Metropolitano is more than justified, especially given the profit they will make from his departure.

Indeed, the Wanderers forked out a mere £1.8m to secure his services in 2018.

Since Atletico will have to pay £13m to get the deal over the line, a profit of £11.2m on a player who barely got to touch the field at Molineux looks impressive.

But Simeone has barely made a mistake when it comes to new recruitments over the past decade.

The Argentine must be familiar with Mir’s capabilities since he is ready to part with £13m to capture his signature.

Luis Suarez, Joao Felix, and Angel Correa were Simeone’s attacking options last season. However, none of them possess Mir’s physical presence, something the famous tactician wants to have next term.

Mir is a similar type of striker to Edinson Cavani. A classic target-man, strong in aerial duels and comfortable playing to the opposition goal with his back.

Suarez has thrived alongside Cavani in the national team, and Simeone might be looking to mimic that partnership by bringing Mir back to La Liga.