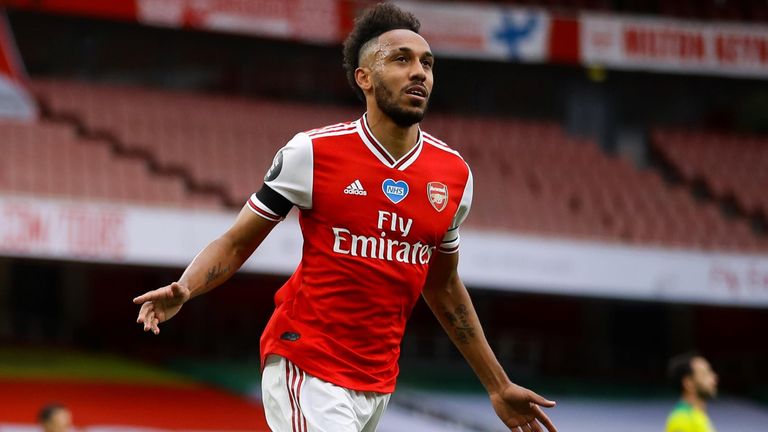 Former Arsenal hero Kevin Campbell has urged Mikel Arteta to made up his mind on Pierre-Emerick Aubameyang’s future in London.

Aubameyang’s contractual situation at the Emirates was one of the hottest topics in European football last summer, with the captain stalling on penning a new deal in North London.

Arsenal made their primary objective to tie the Gabon international down to a new long-term contract, with the previous one well entered the final year.

Following long-standing discussions throughout the entire summer, the Gunners finally persuaded the 31-year-old to pledge his future to the red colors back in September.

While that seemed like a fine piece of business for Arsenal, Aubameyang has suffered a massive dip in form since extending his stay in the capital.

The former Borussia Dortmund forward has notched up just two goals in 15 Premier League appearances since signing a new contract, coming nowhere near his pinnacle.

Desperate to revive his headline performer, Arteta has been shifting Aubameyang’s position between the front three but to no avail, unfortunately.

It went from bad to worse for the Gabonese superstar back in April as he contracted malaria, which pushed him to the sidelines for three weeks.

On the bright side, though, the quicksilver striker made his return to action felt, scoring one and laying on an assist in Arsenal’s 2-0 win over Newcastle on Sunday.

However, Kevin Campbell believes Aubameyang’s situation needs to be addressed in the summer, calling Arteta to sit down with the player to understand his preferences.

“I don’t think Aubameyang or Mikel Arteta can be together on this because there have been issues,” he told Stadium Astro.

“If Pierre-Emerick Aubameyang is not fully committed to Arsenal, Mikel Arteta has to sell him.

“He [Arteta] has to turn things around because what’s been happening this season hasn’t been great.

“Although Arsenal still have a chance in the Europa League, the league season hasn’t been great.

“If Aubameyang is still on board – fantastic. He’s the captain, he stays, you put everything under the sand.

“But if he’s not fully committed then you have to really look at can we move him on.

“Unless you’re 100 percent committed, you shouldn’t have any place at Arsenal.”