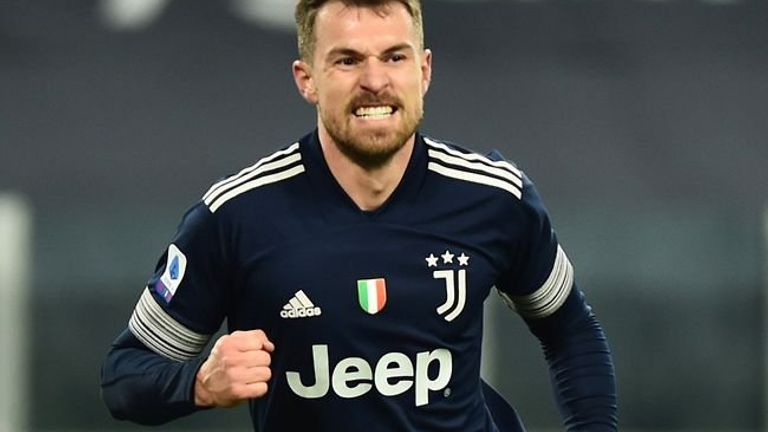 Ramsey left Arsenal to join Juventus on a free back in summer 2019 but has since failed to live up to expectations in Serie A, becoming a shadow of his former self.

Indeed, the 30-year-old has found himself low in the pecking order this season, having clocked up just 13 league starts so far.

Not as nearly as prolific as he used to be at the Emirates, the Wales international has amassed just two goals and five assists in Italy’s top-flight this term.

Following a thoroughly disappointing season both in Europe and Serie A, Andrea Pirlo is looking to overhaul his squad in the summer should he manages to keep his job by then.

In addition to the new signings, the Bianconeri will have to take care of the outgoings, with several highly paid, albeit underperforming stars expected to depart the Allianz Stadium in the upcoming transfer window.

One of those players is Ramsey. He has recently emerged as a transfer target for West Ham United and Crystal Palace.

However, Liverpool have now joined the fray as Jurgen Klopp looks to reshape his squad this summer in a bid to get the club challenging for the title next season.

As reported by Tutto Juve, Ramsey will be available for a mere €12million comes the summer as Juventus look to trim down their ballooning wage bill.

Fabio Paratici is keen to sever ties with the Welshman at the end of the season and is ready to negotiate the sale on favorable terms for Liverpool.

Klopp has a star-studded midfield cast at his disposal but lacks a more prolific midfielder next to the likes of Thiago Alcantara, Nabi Keita, and Fabinho.

That’s where Ramsey comes into play. The experienced attacking midfielder spent the best time of his career in the Premier League.

He could be willing to return to England to reignite his career following a dreadful two-year stint in Italy.