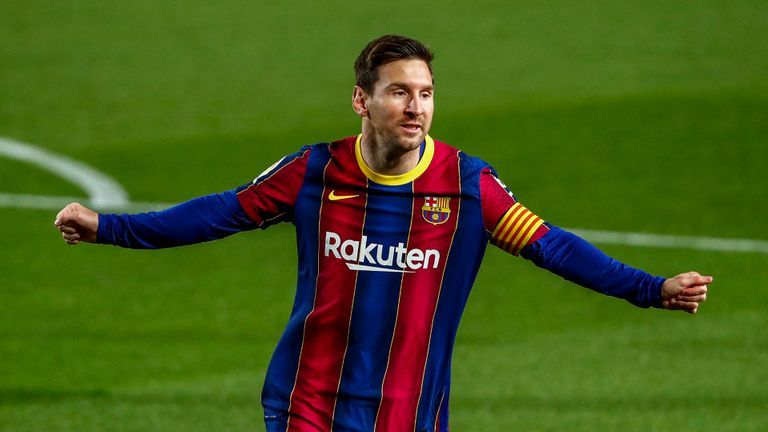 Paris Saint-Germain are back in the race for Lionel Messi, whose future at Barcelona is hanging by a thread following an extension wobble.

Though the signing of Sergio Aguero from Manchester City served as part of Barcelona’s efforts to convince Messi to pledge his future to Camp Nou, no breakthrough in negotiations has been made so far.

The Catalan giants are desperate to tie the six-time Ballon d’Or winner down to a new deal, with his previous contract officially running out yesterday.

Despite Barcelona’s financial turmoil, the La Liga heavyweights are ready to break the bank to keep Messi the highest-earning footballer in the world.

Joan Laporta has already made it clear the club will do everything in their power to retain the Argentina captain, but a lack of funds could be throwing a spanner in the works.

Additionally, Barcelona’s hopes of keeping hold of the left-footed wizard have suffered a new setback, as PSG seem to have reignited their interest in the 34-year-old on the back of a dismal Ligue 1 campaign.

After surrendering the league crown to Lille, Les Parisiens are keen to bolster their squad in the coming months and have laid their eyes on Messi (via AS).

They have already inflicted a massive transfer blow on Barca this summer, stealing Georginio Wijnaldum right under their noses.

Paris are currently working on finalizing the arrivals of Gianluigi Donarrumma, Sergio Ramos, and Achraf Hakimi.

But they appear to be keeping a keen eye on Messi, particularly in light of Kylian Mbappe’s uncertain future at the Parc des Princes.

The quicksilver forward has already turned down the club’s proposal to extend his deal, with Liverpool and Real Madrid currently embroiled in a keenly-contested race for his services.

He is currently away on international duty with Argentina, looking to wrap up his first major trophy with the national team at the Copa America 2021.