by Marko Vrakela 5 months ago 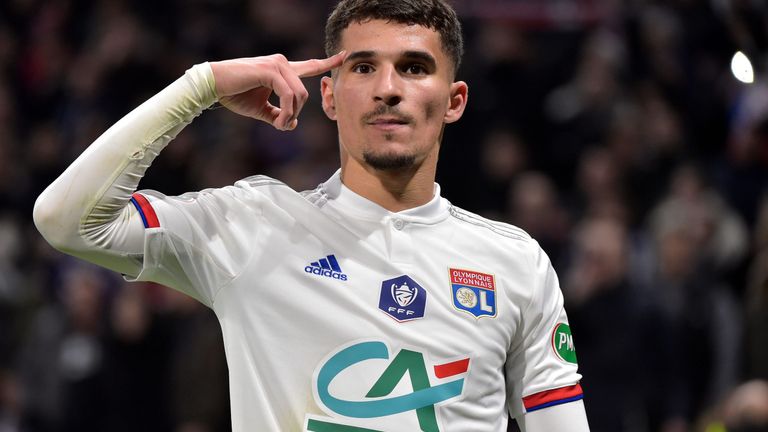 Things are heating up in the transfer market as the summer transfer window approaches.

Let's take a look at the three most eye-catching Saturday storylines.

The Frenchman remains one of the most wanted properties on the market despite delivering a mixed bag of performances at the Groupama Stadium last season.

Mourinho sees the 23-year-old as an immediate upgrade on his current midfield options.

Jordan Veretout could hit the exit door in the coming months after falling out of favour with the Special One.

His potential departure would leave a sizeable hole in Roma's midfield, even though they are on the verge of landing Nemanja Matic.

The experienced Serb will switch to the Stadio Olimpico as a free agent once his deal at Manchester United expires later in June.

With Matic heading to Roma and Paul Pogba on his way out of the club, new Man United boss Erik ten Hag is in the market for midfield reinforcements.

Talks between the Red Devils and Barcelona over Frenkie de Jong's move to Old Trafford are well underway. Yet, ten Hag wants to land at least one more midfielder.

Per Calciomercato, the Dutch manager has set his sights on Juventus outcast Adrien Rabiot.

After failing to live up to the billing in Turin, the ex-Paris Saint-Germain star could wave goodbye to Serie A this summer.

Juventus are open to selling their underperforming midfielder for around €20m.

United should have no problems matching the asking price.

According to Fabrizio Romano, Paris Saint-Germain have stepped up their efforts to sign Renato Sanches from Lille in recent hours.

Widely considered one of Europe's finest midfielders, the 24-year-old is ready to take his career to the next level.

Though AC Milan long seemed to be in a pole position to land the Portuguese ace, PSG are inching closer to acquiring his signature.

Stefano Pioli has labelled Sanches as a long-term replacement for Franck Kessie, who will join Barcelona as a free agent.

However, Milan could miss out on the ex-Bayern Munich star to PSG.

Les Parisiens are already negotiating with the player's representatives over a summer switch to Paris.