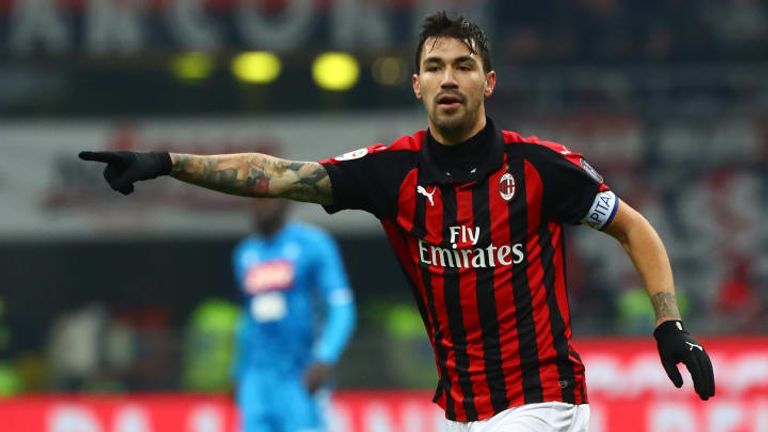 Barcelona have reportedly set their sights on the wantaway AC Milan centre-back, Alessio Romagnoli, as they hope to bolster their defensive options.

As reported by Spanish news outlet Sport, the Catalan heavyweights are ready to include Miralem Pjanic or Philippe Coutinho as counterparts in the deal to bring in the Italian defender.

Barcelona are facing financial turmoil, and they have to offload multiple first-team stars to drive their ballooning wage bill down within the financial fair play.

The cash-strapped La Liga juggernauts have to reduce their wage expenditure by at least £160miilion to receive permission to register new players.

Despite already signing the likes of Sergio Aguero, Memphis Depay, Eric Garcia, and Emerson Royal, the Blaugrana have yet to get a green light from La Liga to register them for next season.

A similar situation concerns Lionel Messi, who has recently agreed to commit his long-term future to Camp Nou.

Despite putting pen to paper on a five-year deal, the Argentinean wizard is still waiting for Barcelona to file his contract to La Liga officials.

Therefore, Ronald Koeman has deemed several players surplus to requirements and is looking to offload them as soon as possible.

Pjanic and Coutinho are among the blacklisted players, with Milan interested in taking them both back to Serie A.

However, the duo’s staggering salaries could be a sticking point as the Rossoneri would need them to take significant pay cuts to be able to join.

Meanwhile, the Italians are ready to sanction Romagnoli’s departure as part of the club’s bid to get rid of Mino Raiola’s clients in light of Gianluigi Donnarumma’s contract saga.

The Serie A giants want to free their squad of the super-agent players and are not enthusiastic about renewing Romagnoli’s contract.

The defender’s deal is due to run out at the end of next season, and Paolo Maldini is looking to cash in on his wantaway captain.

Indeed, the 26-year-old isn’t overly thrilled about the idea of extending his stay at the San Siro, which could give Barcelona an upper hand in potential negotiations.