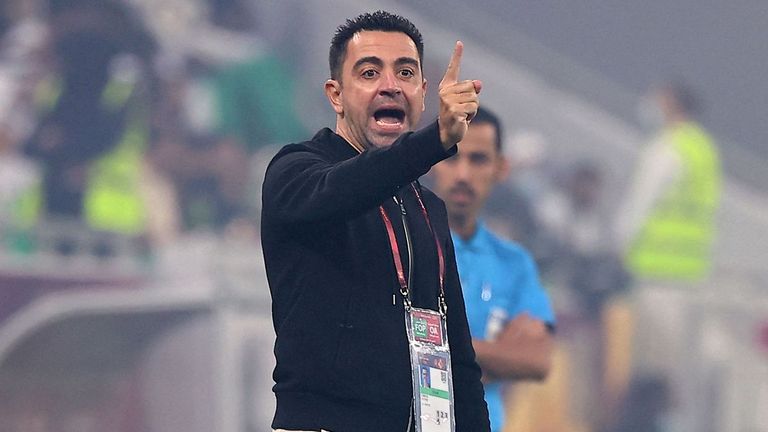 Bayern Munich eased past an out-of-sorts Barcelona side 3-0 at the Allianz Arena to halt the Spaniards’ participation in this season’s UEFA Champions League.

For the first time in 20 years, the Blaugrana failed to make it out of the Champions League group stages, finishing third in Group E, behind the likes of Bayern and Benfica.

A thoroughly disappointing European campaign for the Catalan side has seen them pick up just two wins from six group fixtures, courtesy of a brace of 1-0 triumphs over Dynamo Kyiv.

Those two goals were Barcelona’s only strikes in Group E, where Xavi’s side attempted a humiliating 11 shots on target.

Barca had never had fewer attempts on target in the Champions League proper before this season, highlighting the club’s struggle to cope without Lionel Messi.

Heading into the group stage finale, the situation was pretty straightforward for the Spaniards.

They needed a miraculous win in Munich to secure a runner-up finish, as it was clear Benfica were unlikely to slump to Kyiv at home.

While they failed to keep their end of the bargain, Benfica cruised to a commanding 2-0 home win over the Ukrainian side to cement their place in the Champions League round of 16.

Thomas Muller opened the scoring in the 34th minute as his awkward header just crossed the goalline before Ronald Araujo managed to intervene and put it into touch.

Only nine minutes later, Leroy Sane’s long-range thunderbolt went past Ter Stegen to hand Bayern a clear-cut two-goal cushion at half-time, giving Barcelona a mountain to climb in the second half.

Unfortunately for Xavi, his men were not up to the task.

The Bavarians nearly got their third of the night, but Sane failed to tap the ball into an empty net from just a couple of meters away.

Though the German’s inexplicable miss is likely to make the headlines for all the wrong reasons, Julian Nagelsmann’s men never lost their heads.

Bayern reaped their reward for an utter dominance as Alphonso Davies flew past Araujo before setting up Jamal Musiala for the easiest of finishes in the 62nd minute.

The perennial Bundesliga champions finished their Champions League group stage campaign with all six victories and an intimidating +19 goal difference.