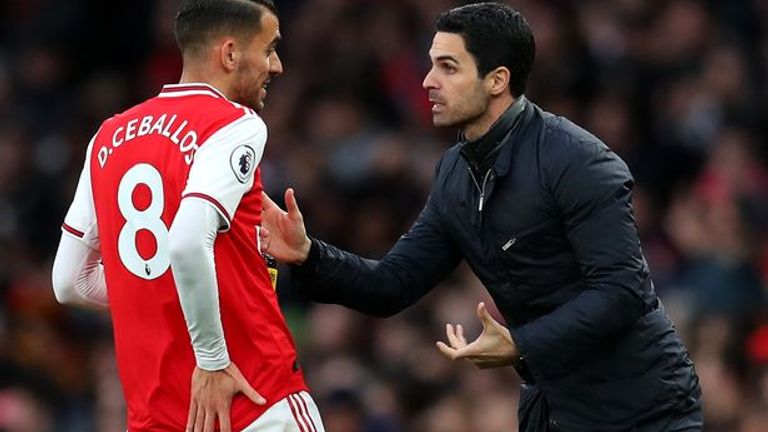 After deciding to call time on his two-year loan spell at Arsenal, Dani Ceballos has delivered his verdict on manager Mikel Arteta.

The Spanish star left the Santiago Bernabeu in 2019 after failing to secure regular first-team football under Zinedine Zidane and has since experienced mixed fortunes in the Premier League.

After impressing in his first year at the Emirates, the 24-year-old midfielder suffered a dip in form in the 2020/21 campaign, making only 17 top-flight starts under Arteta.

Following a two-year stint as Pep Guardiola’s assistant at Manchester City, the 39-year-old Spaniard replaced Unai Emery at the helm of Arsenal in December 2019.

Arteta went from strength to strength during his first year in charge of the Gunners, leading the London outfit to FA Cup and Community Shield glory.

However, he failed to maintain that momentum in 2020/21, as Arsenal finished the season without a single trophy and in a disturbing eighth place in the Premier League table.

Although many blame Arteta for the fact the Londoners won’t play in European competition next season for the first time in the 21st century, Ceballos backed his compatriot to become an elite manager someday.

“Arteta is a coach who has been with Guardiola for a few years,” Ceballos told Cadena SER.

“He is a coach who in a few years will be one of the best, but I would like to return to La Liga.”

In addition to revealing his admiration for the under-fire tactician, the ex-Real Betis playmaker reiterated his desire to leave the Premier League and return to his homeland this summer.

Ceballos will hold talks with the newly-appointed Madrid boss Carlo Ancelotti to understand if there is a place for him in the Los Blancos team next season.

“I believe that this year. I have hardened a lot as a player and I think now is the time to settle in a club with a long contract and be able to show my game,” he added.

“Ancelotti has just arrived, and we have to talk. I have never met him, but there are players who speak well of him. I’m sure that Madrid will be good.

“It is clear that the first thing is to talk to the coach and find out what he wants from me and also tell him what I want, which is to be important.

“I am not going to the European Championship and soon there will be a World Cup. It has to be a talk between the two with clear things.”