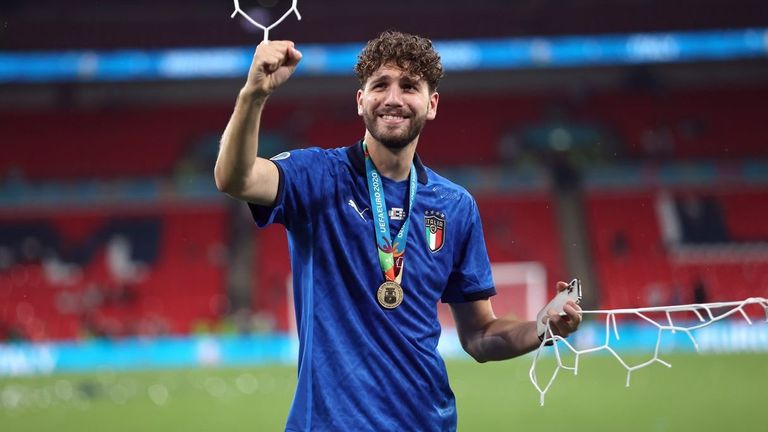 Juventus and Arsenal have got stiff competition in the race to sign Sassuolo star Manuel Locatelli, with Barcelona reportedly joining the fray.

As per Spanish news outlet Mundo Deportivo, the Catalan giants have enquired about the midfielder’s services amid Juventus’ inability to strike a deal with Sassuolo.

Locatelli has made it clear he wants to move to the Allianz Stadium to maintain his growth, putting Bianconeri in the driving seat.

Despite the 23-year-old’s desire to work under Massimiliano Allegri next term, Sassuolo’s stance on their gem’s future remains clear.

The Neroverdi are reluctant to sanction the Italy international’s departure for less than €40m, throwing Locatelli’s move to Juventus into a corridor of doubt.

Although the record-time Serie A champions remain confident of whittling down the playmaker’s price down the final stretch of the transfer window, they face the genuine risk of missing out on his services.

Indeed, Sassuolo won’t move a muscle before the Turin giants meet their demands, having already received a similar offer from Arsenal earlier in the summer.

The Gunners do have the economic capacity to match the Italian side’s asking price, but Locatelli’s hopes of joining Juve are throwing a spanner in the works.

Everything could get even more complicated now when Barcelona have entered the frame.

After deeming Miralem Pjanic surplus to requirements, the Catalan juggernauts are hell-bent on snapping up another midfield reinforcement.

Yet, a lack of liquidity remains an issue for Barcelona as they have to execute a substantial clearout to receive La Liga’s permission to register new signings.