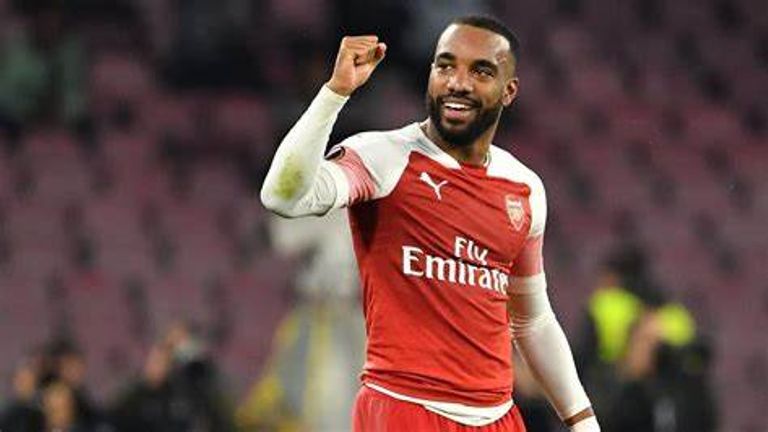 French forward was a subject of wild transfer rumors last summer, with Atletico Madrid and Roma reportedly credited with an interest in acquiring his signature. Although he has eventually stayed put at the Emirates Stadium, the 29-year-old has failed to repay the club’s trust. Lacazette has endured a topsy-turvy season, often struggling to secure a regular starting berth in Arteta’s line-up.

A string of lackluster performances has prompted a new round of speculations linking Lacazette with a departure from London. His former employers Lyon as well as their fellow Ligue 1 rivals Monaco have recently joined the race to sign the out-of-sorts Premier League star. The French sides are reportedly willing to offer Lacazette an escape route from North London.

Alexandre Lacazette 'emerges as target for Monaco' with Arsenal facing dilemma over whether to cash in https://t.co/3VyV873z0Y

Lacazette has less than 18 months left on his contract at Arsenal and has yet to open talks with the club over a potential extension. Despite wearing the captain’s armband in Arsenal’s 3-1 thumping of Leicester City at the weekend, Lacazette’s future continues to hang in the balance. Indeed, several reports across Europe suggest the Gunners are prepared to cash in on their second-choice forward if the opportunity presents itself.

Arteta has now tried to provide some clarity on the centre-forward’s future, playing down the consistent exit talks. The Spaniard has admitted he would like to see Lacazette follow in the footsteps of his partner in crime, Pierre-Emerick Aubameyang, who pledged his long-term future to the club in the summer.

Arsenal prepared to listen to offers for Alexandre Lacazette https://t.co/B9fUagrXng

“He’s got a contract with us. He played really well the other week. It’s exactly what we demand him to do,” said Arteta in the build-up to Arsenal’s trip to Burnley, as relayed by Goal.

“I’m really happy with him, and the discussions about his contract will happen soon, and we will see what happens.

“I’m hoping that a player under contract will continue with us. Every case is different, and we’re going to assess that, and we’ll make a decision in relation to that.”