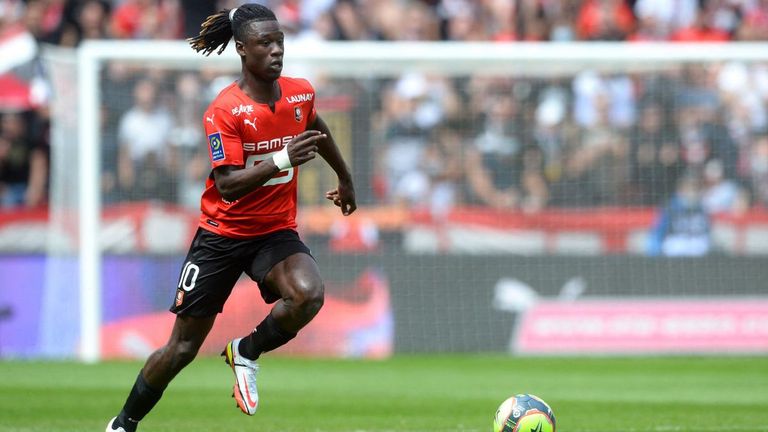 Real Madrid have won the race for the up-and-coming midfielder Eduardo Camavinga despite several attempts from Manchester United to lure him away from Rennes.

According to Fabrizio Romano, Camavinga has signed a long-term contract with Real Madrid, with Los Blancos dishing out €31m plus add-ons to acquire his signature.

The youngster was in the final year of his contract at Roazhon Park, with a host of Europe’s notable clubs looking to land him, including Paris Saint-Germain.

Although the Spanish juggernauts seemed to be working hard on completing the signing of PSG superstar Kylian Mbappe, they eventually ended up strengthening their midfield department.

Camavinga has taken Ligue 1 by storm since making his senior debut at Rennes in December 2018 at the age of 16, soaking up the limelight as one of Europe’s finest young talents.

The 18-year-old bears much resemblance to the likes of N’Golo Kante, though there is a genuine feeling that he has better offensive characteristics than his famous compatriot.

Good with the ball at his feet as he is at winning it back, the French sensation is a perfect example of a modern-day midfielder.

His arrival at the Santiago Bernabeu is likely to relieve the pressure of Casemiro, given the two are similar types of players.

Camavinga has put pen to paper on a five-year deal in the Spanish capital.