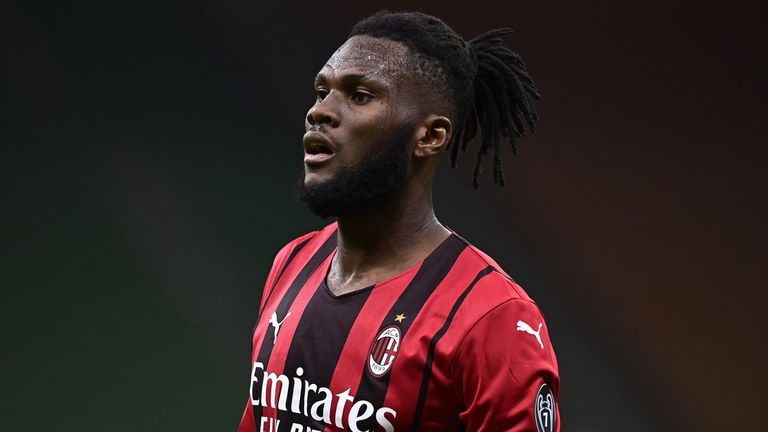 Tottenham Hotspur have not abandoned their hopes of capturing AC Milan box-to-box midfielder Franck Kessie after several failed attempts in the summer.

According to Italian news outlet Calciomercato, Tottenham are readying a lucrative long-term deal for Franck Kessie, who is in the final year of his contract at AC Milan.

Spurs were keen on landing the Ivory Coast international during the summer, but they saw all their efforts to lure the midfielder away from Italy rebuffed by the Rossoneri.

The Serie A giants remain hopeful of tying the 24-year-old down to a new contract despite facing financial turmoil that threatens to hinder their desire to match Kessie’s wage demands.

After enduring a couple of torrid years in Lombardy, the ex-Atalanta man has hit the ground running under Stefano Pioli’s stewardship, growing into one of Serie A finest midfielders.

Kessie was nothing short of exceptional for Milan last season, racking up 13 goals and four assists in 37 top-flight appearances to help his team return to the Champions League group stage after eight years.

The sought-after midfield dynamo has become an indispensable first-team player under Pioli. His physical presence and ability to hold the ball under pressure are off the charts at the San Siro.

However, Tottenham are intent on tempting Kessie into swapping Italy for the Premier League with a massive long-term offer.

Spurs are reportedly ready to offer the Ivorian a lucrative £133k-a-week salary package that would see him become the club’s fourth-highest earner behind Harry Kane, Tanguy Ndombele, and Heung-Min Son.

The Londoners are looking to sever ties with Ndombele, who has never managed to live up to his £55.45m price tag since arriving from Lyon in summer 2019.

Despite making the 24-year-old the club’s most expensive signing ever, Tottenham now hope to replace him with Kessie.