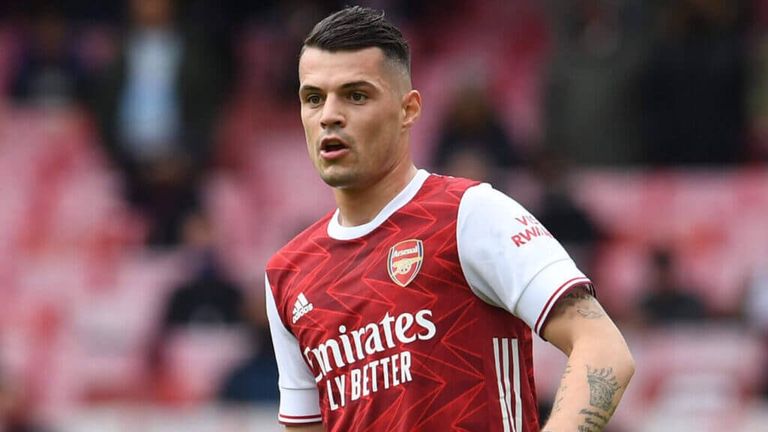 Xhaka played a part in Arsenal’s 2-1 loss to cross-town rivals Chelsea in a friendly match on Sunday.

During a post-match interview, Arteta hailed the Swiss playmaker’s commitment to the Gunners, confirming he will stay in London next term.

“Granit is going to stay with us,” he said (via the Evening Standard’s Simon Collings).

“He is a player that we rate and value so much. He is a key member of our squad.

“He has trained two days, and he wanted to play today.

“I think it is a very clear commitment from his side that he wants to be here.”

Not long ago, Xhaka looked set to leave Arsenal to link up with Jose Mourinho at Roma.

The Special One identified the former Borussia Monchengladbach star as his top transfer target and hoped to clinch the deal after Euro 2020.

However, Xhaka’s impressive showings at the European Championship seems to have convinced Arsenal to hand him over an improved new contract.

Despite some disciplinary issues under former boss Unai Emery, the 28-year-old regained a household status in north London.

Yet, there was over a black cloud following him since the infamous incident against Crystal Palace two years ago.

And when Mourinho came knocking on the Swiss midfielder’s door, his departure looked imminent.

But, it’s now a near-certainty that Xhaka will play under Arteta next season.

It also means Roma will have to shift their attention elsewhere.

AZ Alkmaar’s Teut Koopmeiners is now a profile considered by Mourinho, though Atalanta are well in contention for the Dutchman’s signature.