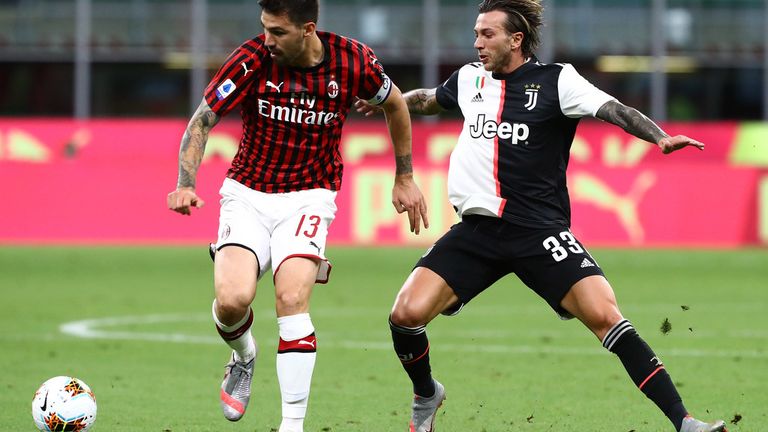 Romagnoli and Bernardeschi are both about to enter the final year of their respective contracts in Milan and Turin and could be leaving their sides in the summer.

Although the Italian defender remains in high esteem at the San Siro, his agent Mino Raiola continues to obstruct renewal.

The Rossoneri have entrusted the 26-year-old with the captain armband and continued to give him infinite trust despite his patchy form this season.

Romagnoli has made 219 for Milan since arriving from Roma in 2015 for a reported fee of €25million.

However, the highly-rated centre-back could find himself on the way out of Lombardy after blowing hot and cold this season.

According to Goal Italia, Paolo Maldini is assessing the possibility of shipping Romagnoli out to Juventus to secure the services of Bernardeschi in return.

The former Fiorentina forward has become a fringe player at the Allianz Stadium and has grown frustrated with the lack of game time.

Although the 27-year-old’s quality has never been brought into question, there is a genuine feeling that he could have done better since completing his €40million move from Florence in 2017.

Only this season, the left-footed wide-man has failed to find the net in any competition, finding himself at the bottom of the pecking order.

Despite making 26 Serie A appearances over the course of 2020/21, 19 of them have seen Bernardeschi coming on as a substitute.

Based on that, the Italian would hardly mind departing Turin for regular first-team action and the prospect of reigniting his decreasing career.

This swap arrangement remains only a rumor for the moment, but there is no doubt that all parties involved would benefit from a potential deal.