Mikel Arteta urges supporters to back Arsenal amid severe crisis 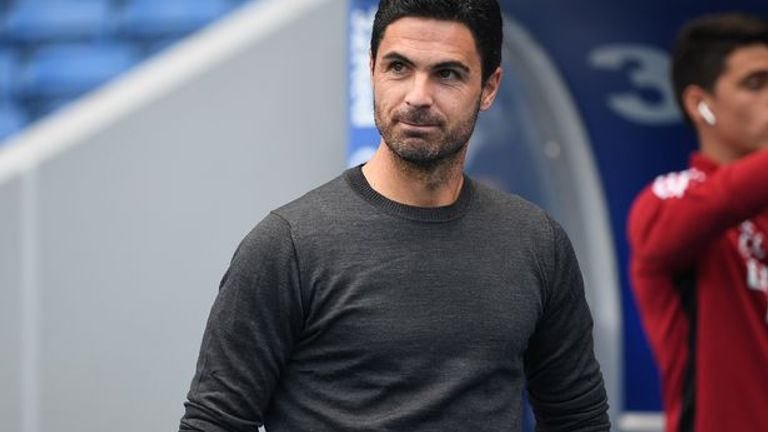 Mikel Arteta urges supporters to back Arsenal amid severe crisis

After back-to-back eighth-place finishes, Arsenal supporters hoped their heroes could bounce back this season.

Without the distraction of European football for the first time in the 21st century, the Gunners were hopeful of hitting the ground running in the Premier League.

However, consecutive 2-0 defeats to the top-flight debutants Brentford and fierce cross-town rivals Chelsea to begin the new campaign have quickly doused any embers of optimism among the Emirates faithful.

Yet, Arsenal’s activity in the transfer window could spark some hopes that the struggling London giants could recover from a disappointing start.

In addition to the highly-rated defender Ben White, who arrived from Brighton for a reported fee of £50m, the Gunners have recently secured Martin Odegaard’s permanent move from Real Madrid.

A dismal Saturday’s loss to Chelsea could go down to the absence of both marquee summer signings as well as several long-term stalwarts, including Pierre-Emerick Aubameyang and Alexandre Lacazette.

The pressure is piling on Arteta, who is growing into an increasingly unpopular figure in north London, as Arsenal head to The Hawthorns to take on West Brom in the Carabao Cup on Wednesday night.

With Odegaard and Lacazette returning to the fold for the team’s trip to the West Midlands, the Spanish manager won’t have excuses should his side suffer another painful evening.

In the build-up to Wednesday’s clash against the Championship outfit, Arteta has urged the fans to get behind the squad and show patience for this under-construction team.

“I know they are disappointed when you lose at home, there has to be some reaction, but this is a project that is going to take some time,” he told Arsenal.com.

“You can see and tell from the recruitment that we’ve done and the really young squad that we have at the moment, and it cannot happen overnight.

“We all want to make it as quick as possible, and we know that the responsibility for us is to fight with the top teams in every competition, and that’s not going to change.

“I think we really need them and this group of players really needs them, and the club needs them now next to us because we need that confidence, that support and that energy.”

The upcoming Carabao Cup game will serve as a warm-up fixture ahead of Arsenal’s high-profile Premier League showdown against Manchester City on Saturday.